Can the Placebo Effect be Extended to Education?

Home/Uncategorized/Can the Placebo Effect be Extended to Education?
Previous Next

Can the Placebo Effect be Extended to Education?

Medical studies have proven the placebo effect is real. Patients who are treated with a placebo often have a change in symptoms for the better. When a patient develops the side effects of the treatment they think they are receiving, it is the opposite – the nocebo effect. While reading The contageous thought that could kill you, I was struck by an idea. Are my three children doing well in school because they are inherently smart or is it simply because we have raised them to believe they are? On the flip side if a child is told he is not going to amount to anything or that he wasn’t wanted, does it become a self-fulfilling prophecy? 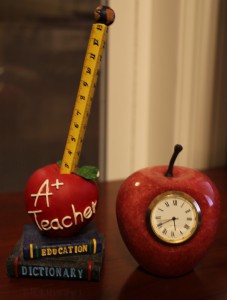 Extending that thought, is the difficulty many students experience in math related to the subject, or simply to their beliefs that it is beyond their grasp? My colleagues and I have often lamented that it is socially acceptable for someone to say they aren’t good in math or that they never “got Algebra”. Yet, it would be taboo to say the same thing about reading, science, or any other subject.

Do we need to approach math with the expectation that everyone in the classroom will understand the material? Should we extol the method or activity we are using to teach a concept to develop the belief that our students will be successful much like marketers do for drugs, hair dyes, and facial creams? And if the student has not successfully grasped the concept, do we try a different “prescription” to get the point across?

So much of mathematical success in the classroom is based on the student’s confidence and faith in her ability to tackle the problems she encounters. Can the placebo effect be harnessed in education or is it simply a culmination of good teaching?