Evolution of a Lesson

Home/Geometry/Evolution of a Lesson
Previous

Evolution of a Lesson

I’ve made numerous attempts at helping my geometry students understand the connections between scale factor, perimeter, and area of a polygon. My first attempt was an exploration. 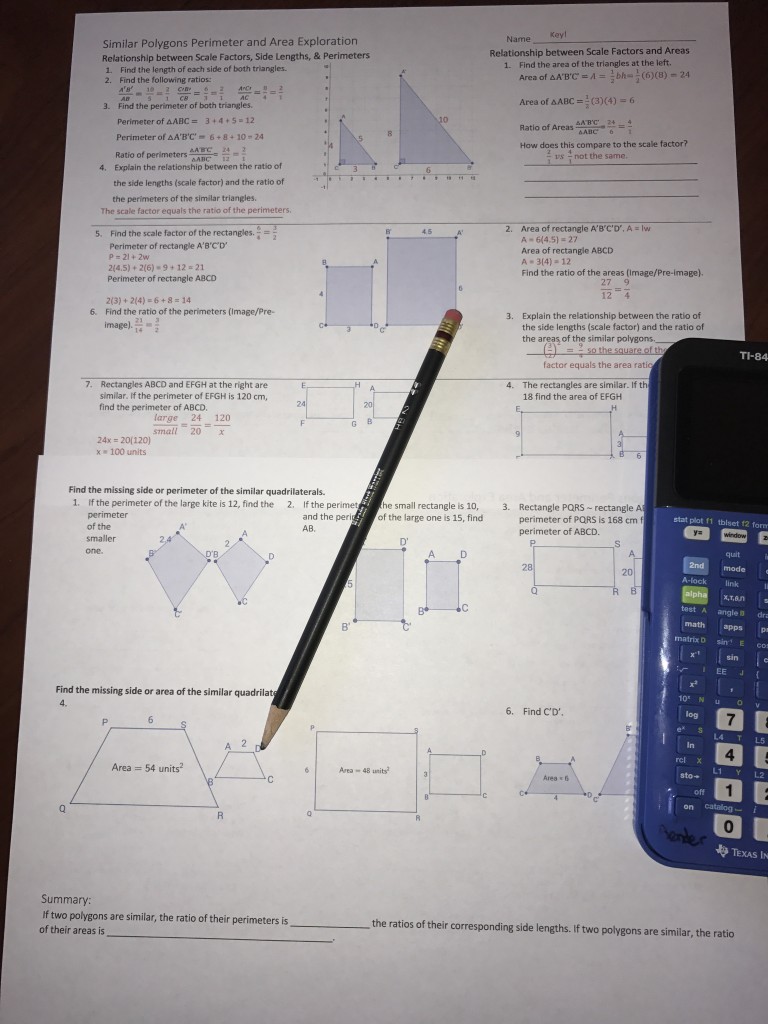 I wasn’t pleased with the results. It was too challenging for my students who were not confident in calculating area and perimeter.

Then I tried extending it by bringing in volume using Legos, Duplos, and Mega Bloks. My hope was that by adding a third dimension it would help it stick in their minds. Unfortunately by bringing in the toys and making hollow Duplos and Mega Bloks to fill with Legos, more of the message was lost. 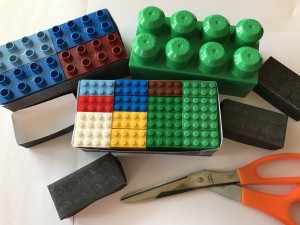 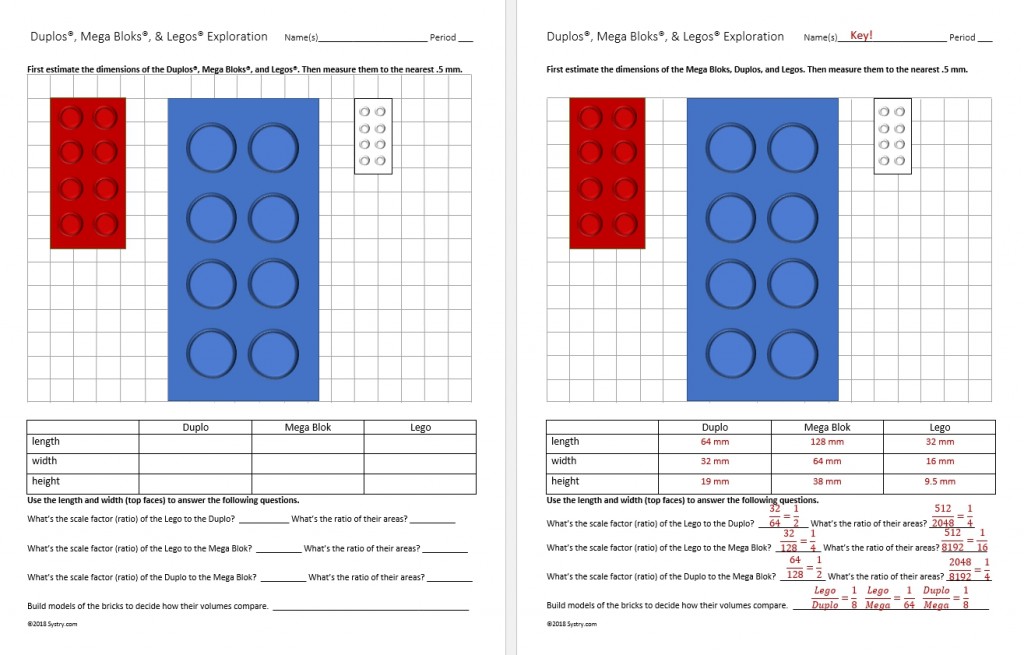 Next I tried using Geogebra to help establish the relationship between scale factor and area ratios. While it helped many understand the concept, it didn’t have the staying power because I don’t think students internalized the message when they just moved a slider and recorded date on the sheet. 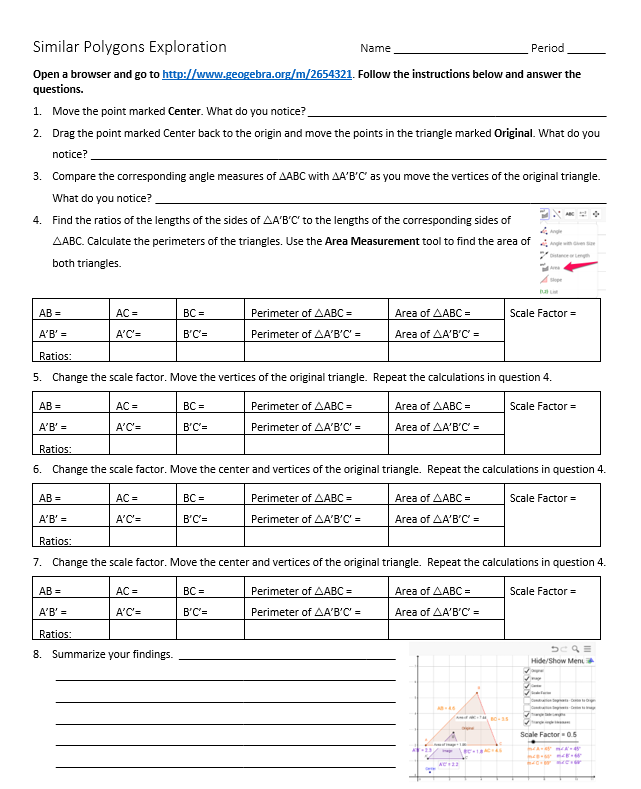 Last year I tried having groups cut out and trace polygons to investigate the relationships. Too much time was lost to cutting and tracing. But they understood the concept much better and my scores on those items on my quiz and test were improved. 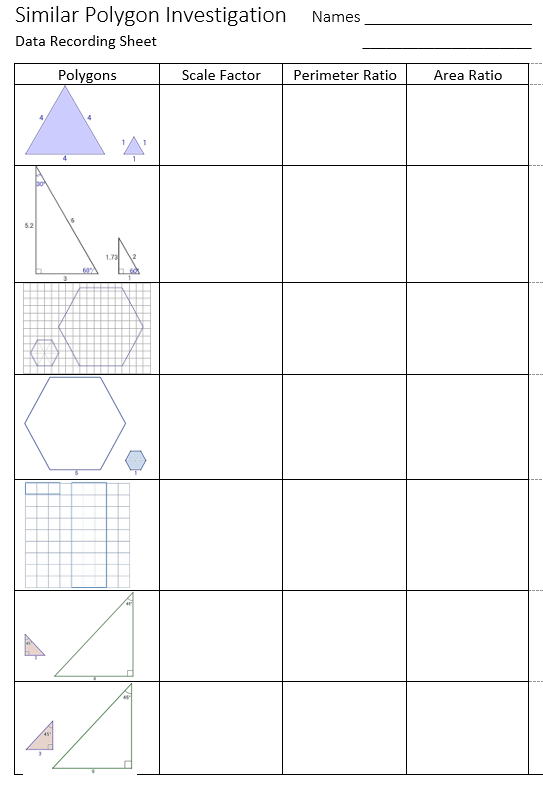 I’m crossing my fingers that this one does the trick. By laminating and cutting out the polygons I’m hoping for more precision in the tracing of the figures within the large one. I debated about giving students a darkly shaded version of each of the polygons to place below their handout and trace, but then would lose the back-to-back copying of having everything on one page.

I feel that seeing is believing. When I tested it on my 6th grader, he noticed a 4:1 scale factor on the first set of triangles but immediately predicted that the area would not be 4:1. Hopefully my students will too and this will help the concepts stick in their brains. 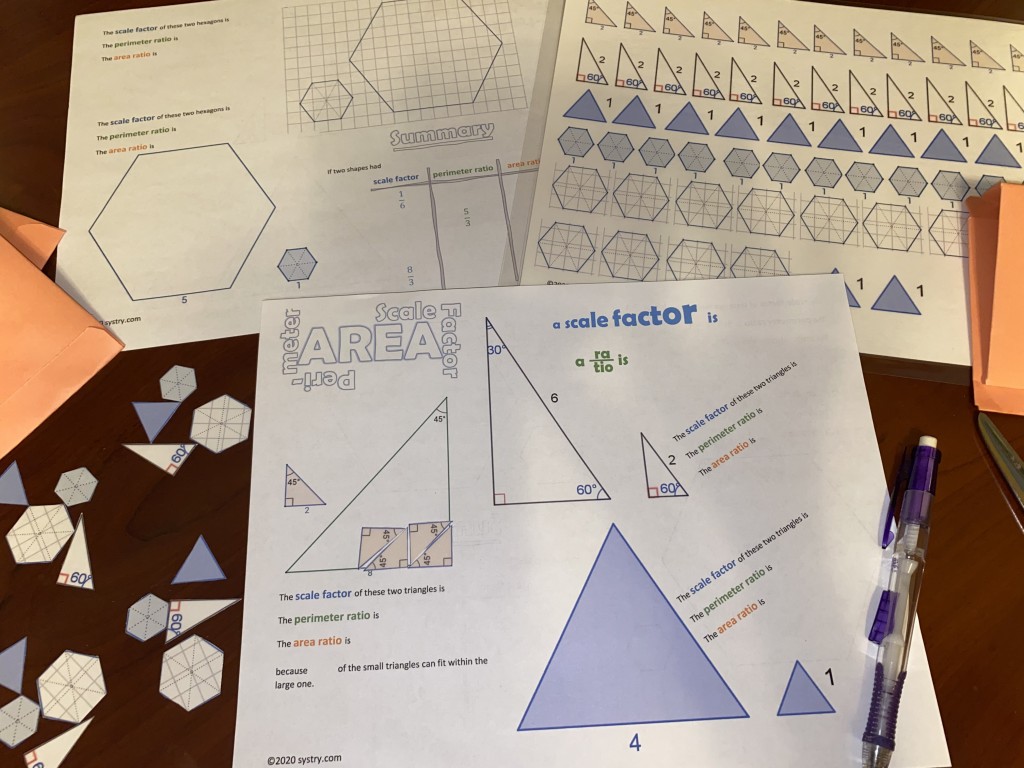 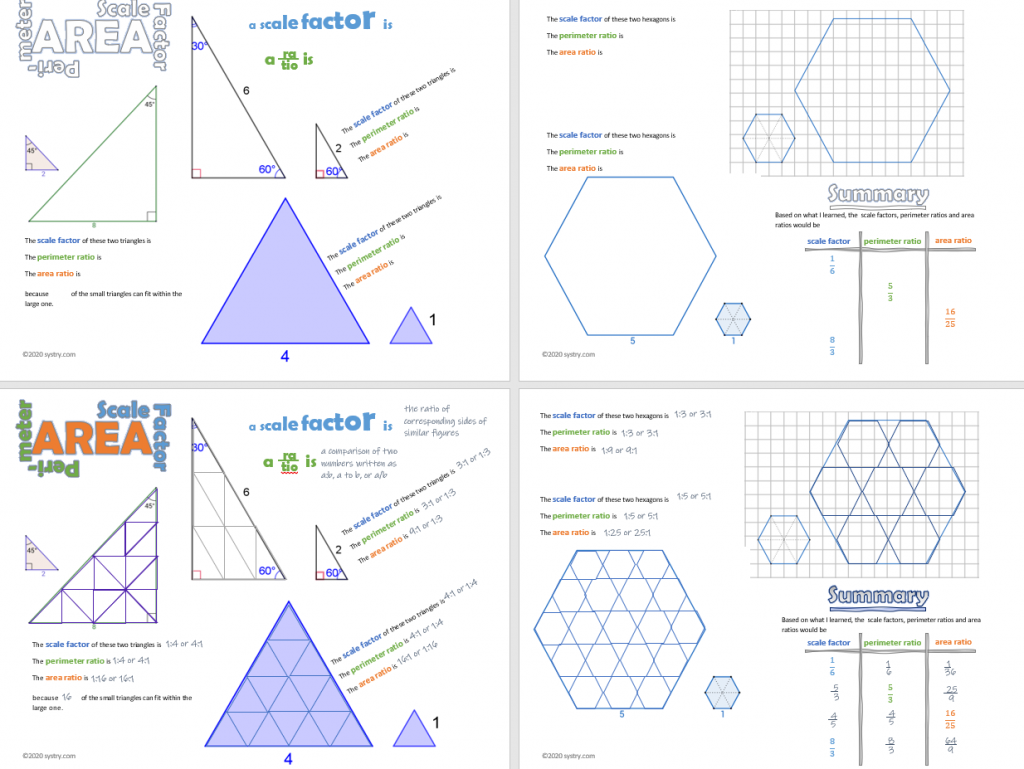 And for my remote students, here’s the Google Slides version. 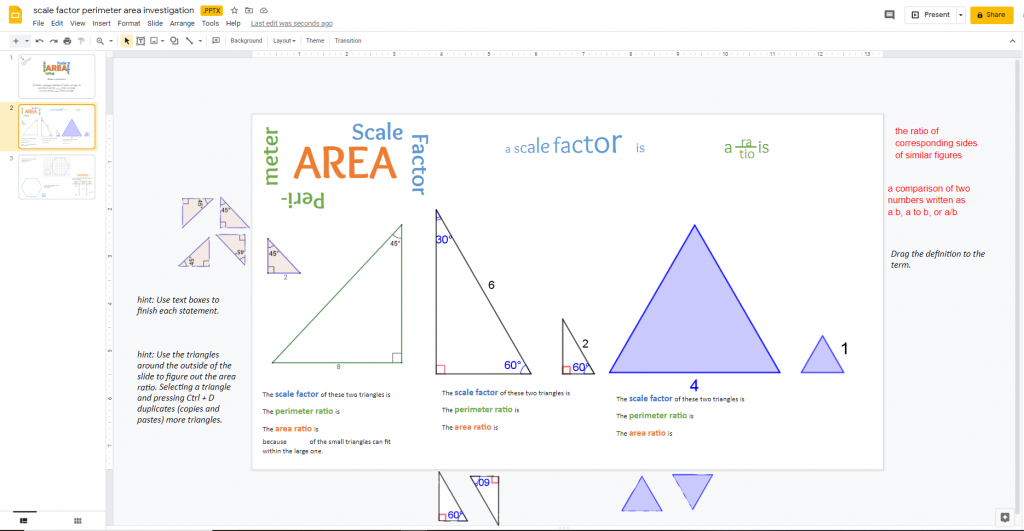