Home/Geometry/Points, Lines, and Planes
Previous Next

The concepts of points, lines, planes, line segments, and rays are crucial for creating a great foundation on which to understand Geometry. The symbolism is particularly important.

Geometry starts with three undefined terms – words with no formal definition but with a common agreement of what they are.

A Point is a place in space that has no dimension. It is represented by a dot and is labeled with a capital letter. There are numerous points labeled in the image below.

How many lines in the image above intersect at point K?

A Plane has two dimensions. It is drawn as a shape that looks like a wall or floor, but goes on in both directions indefinitely. To name a plane, you write the word “plane” and then list three non-collinear points. The roof in the photo above is a plane, as is the concrete wall that includes point L.

The roof could be named plane BFG, but not plane NBG. Why not?

Segments and rays are defined terms. They can be described using the known words point, line and plane.

A segment AB consists of the endpoints A and B and any points in between A and B on line AB. The letters can be reversed without impacting the segment to which you are referring.

The ray AB consists of the endpoint A and all points on line AB that lie on the same side of A as B. The letters can not be reversed or you are referring to a different ray. In the image above ray GB contains point N, but ray BG does not.

It is important that you practice drawing the figures in your Geometry book so you understand what is being pictured. Draw intersecting lines and label them as the book does. Draw planes, intersecting planes, opposite rays, etc.

Use the Point Line Plane Foldable to take detailed notes for your interactive notebook. 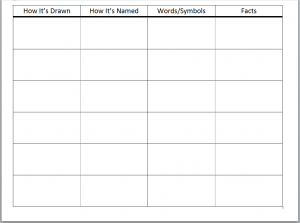 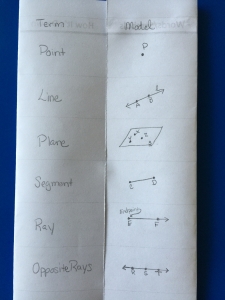 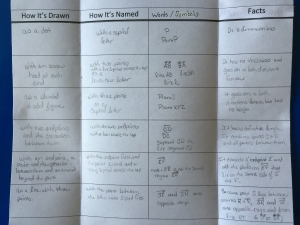