Home/Uncategorized/How I Accidentally “Cured” My Allergies
Previous Next

For most of my adult life my coat pockets were full of Kleenex in various states of use. When I went to a friend’s or family member’s house I immediately scoped out the tissue boxes.

It was worse when I lived in St. Joe, MO. My husband and I were newly married and renting a duplex. The basement reminded me of the oats bin back on the farm. Looking back, there was probably mold behind the paneling of one of the walls. I had numerous appointments with my general practitioner resulting in multiple rounds of antibiotics to combat sinus infections. He suggested allergy tests. I opted to tough it out.

When we left Missouri for Omaha my allergies were better, but still present. Which is why I was surprised one winter when I realized that I was only sneezing and battling a runny nose on Mondays. Tuesdays through Sundays – no symptoms, only on Mondays did I have itchy eyes and all the typical symptoms. I wondered what environmental factors were at play. I was teaching in the same classroom, had my typical pattern every day.

As I sat down to lunch in the teacher’s lounge, I ate and read the paper. I came across an article that stated that vitamin C is a natural antihistamine and the light bulb went on. Hy-vee had a citrus sale a couple of weeks before and I had purchased a case of navel oranges. My lunch on Monday through Friday consisted of a sandwich and an orange. Over the weekends I was eating meals with my family that didn’t consist of my daily orange. By Monday, the vitamin C had been used by my system and the symptoms were back.

A student in one of my classes was also a periodic sneezer. I asked if he had allergies or was 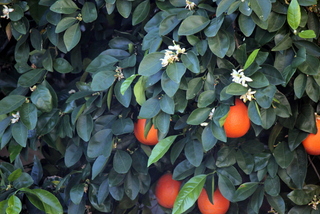 coming down with a cold. He said allergies had been a problem for quite a while. I told him
my story and suggested he up his vitamin C intake. He replied that he drank orange juice daily. I suggested drinking a bit more because the pasturization process depletes around 75% of the vitamin C in juice as opposed to a fresh orange. I was reminded of our conversation about a week later when he said, “Mrs. Bender, it worked. I have been drinking more oj and haven’t been sneezing.”

Time passed and I noticed my oldest son was a sneezing, nose-blowing mess at times. I threatened to put him on Zyrtec or Claritin then realized that if it worked for me an a student of mine, it could work for him. He’s not fond of oranges so I found an orange juice he likes. Now my alert that we are out of juice is his infrequent sneezing.

Since then I have learned that citrus is not the best source of vitamin C. Other

foods pack a much higher percentage of the recommended daily allowance. Likewise, supplements are likely not the best source. Too much of the good thing can narrow arterial walls.

My apologies that this post doesn’t involve much number crunching or data analysis. Here is an idea for fitness trackers with food tracking features though. When food has been entered in the app, analyze it for the recommended daily allowance of various food groups and vitamins and minerals. Then recommend foods that can help the individual meet their nutritional needs. 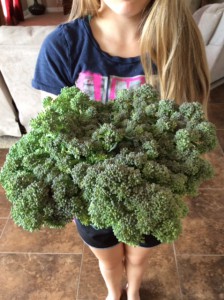 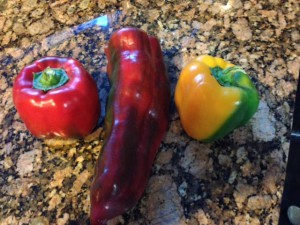