You have to love the Internet and the inspiration you get from other teachers. I put together an investigation based on the tweet below.

Inspired by a session at #T3IC last year, we used lasers to find “mystery points” (foci) of parabolas based on their lines of reflection. The conversations turned to satellites, flashlights, and solar cookers. #MTBoS @ColumbusAcademy pic.twitter.com/YRWvExsdK7

Like Rachael, I bought aluminum flashing from a home improvement store. They sold it in 6″ by 10′ rolls. I cut it into 1 foot strips with a tin snips and put duct tape on three edges hoping to help keep my students from cutting themselves. Initially I tried to double over poster board strips and glue aluminum foil to them, but any amount of bending bubbled the foil, ruining the effect. 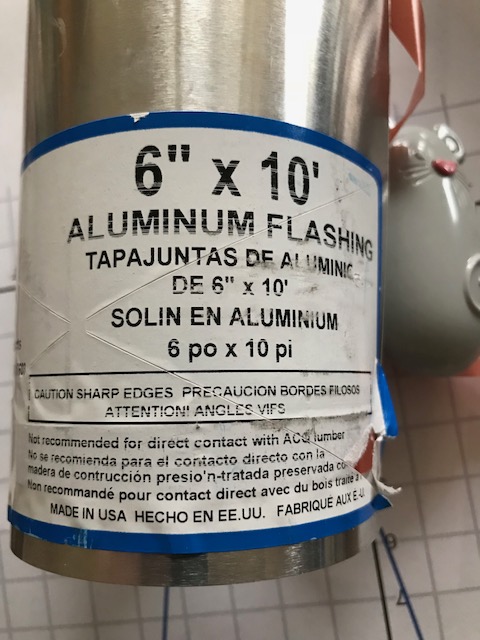 Below are screen shots of the slides I’ll put on the SmartBoard. My plan is to give each group of four a graphed parabola (see Word document linked below), a piece of sheeting and a laser pointer. (I put out a request to the teachers in my building asking if anyone has any I can borrow for the day. I did buy a cat toy laser pointer that works well, but didn’t feel like shelling out the cash for 6 more.) I’ll ask each group to post their findings on the SmartBoard. Then they will get another parabola sheet to repeat the exercise. Then we’ll come together as a group to see if we can determine how the focus of a parabola can be determined from its equation.

If we can get through three classes with no crimping of the sheeting and an understanding of what influences the foci, I’ll consider the investigation a success.

Here’s the Parabola Focus Investigation pdf of the Word file with the 12 parabolas.